Does Markiplier Have a Girlfriend? 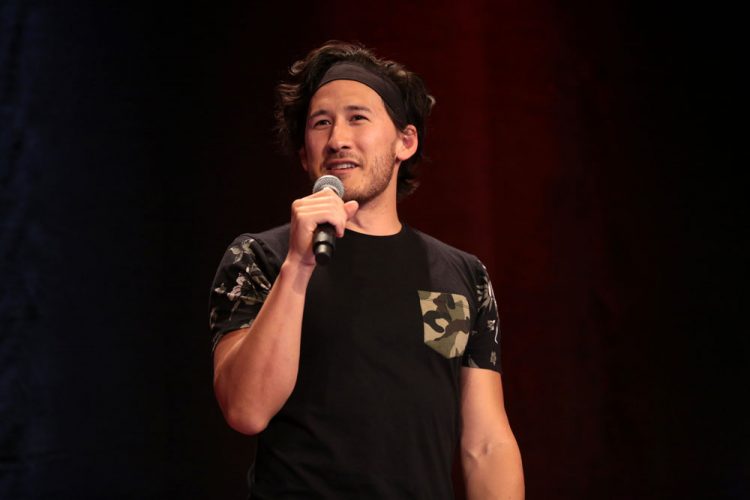 Markiplier has quickly become a YouTube phenomenon in just a few short years.

Mark Fischbach is well-known for his high-energy ‘Let’s Play’ gaming videos, and since 2012, he has amassed a fortune of more than $24 million. Not bad for playing a few scary games and sharing your thoughts online!

Fischbach’s popularity has grown over the years due to his eccentric humor, his skits (often involving dog Chica), and his reactions to horror-based games such as Five Nights At Freddy’s. He’s also a big charity supporter and has garnered millions of fans for being genuinely down-to-earth.

But – the burning question is – does Markiplier have a girlfriend?

Yes, there is someone out there with the lucky title of ‘Markiplier Girlfriend.’ Amy Nelson – a YouTuber, animator, and graphic designer, who hails from Cincinnati, Ohio – has appeared in a handful of Markiplier’s videos over the years. The pair have been dating since 2015.

What’s really interesting is that neither Fischbach nor Nelson have ever publicly confirmed their relationship. However, if you follow either of the pair via social media, you’ll know that this fact is pretty hard to avoid. Props to them both for keeping things under wraps as much as possible!

Amy Nelson has a reasonably active presence online via social media. You’ll find that she has a very popular Twitter feed and Instagram, meaning she’s proven to be just as magnetic as her boyfriend, Markiplier.

Amy is known for live-streaming pottery on Twitch while also sharing artwork and other creative endeavors through her website. As you’d expect, she collaborates with Markiplier on the regular.

As far as the collaborations go, Amy once participated in the award-winning series ‘A Heist With Markiplier’ in 2019. In addition, Nelson also helped to produce videos for Fischbach’s project ‘Unnus Annus’ across 2020, where an entire year’s worth of content was deleted for good as part of a 365-day experiment.

Amy’s Twitter has been inactive for some time (at the time of writing), but you’ll find her fairly active elsewhere on the web. Nelson doesn’t give out too much information when it comes to personal details, but perhaps that will change in the future.

Where Does She Live?: Both Markiplier and Amy Nelson live in Los Angeles, CA. However, Amy was born in Cincinnati, OH.

What Are Her Talents?: Nelson is popular online for her video editing, graphic design, pottery skills, and work with Markiplier.

Are Amy Nelson and Markiplier Married?: The pair are not known to be married, and in fact, they tend to keep their relationship status out of the limelight as much as possible.

Where Are Markiplier and His Girlfriend Now?

Markiplier and Amy Nelson still make regular appearances together on social media. As previously noted, however, they rarely let their private lives mix with their online content.

Unfortunately, Fischbach has learned to keep much of his life off the web the hard way. Before he and Nelson started dating, he reportedly received nude photos from a follower on Snapchat, which led to the star deleting the app completely. Fischbach eventually addressed the situation on Tumblr, stating that he’d asked the person to refrain from sending further images and insisted that he would not be using the app again in the future.

Therefore – if you’d like to know more about Markiplier and his girlfriend Amy Nelson, the best thing to do is follow their YouTube channels (or check back here for updates, of course!)