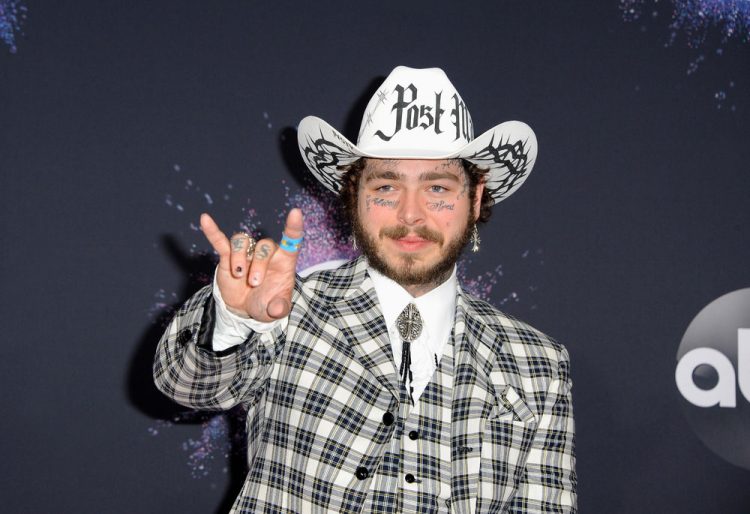 Post Malone (born Austin Richard Post) is an American rapper, singer, record producer, songwriter, and actor. Born in 1995, the superstar made his name in Hollywood in 2016 with his debut album, ‘Stoney.’ This LP scored all kinds of records by spending 77 weeks on the US Billboard Top R&B/Hip-Hop Albums chart!

Today, Post remains one of the best-selling music artists worldwide and has six Grammy Awards nominations to his name.

Funny enough, despite being an acclaimed R&B artist, Malone’s exact musical genre is a little hard to define. In fact, he is known for being a country, Hip-Hop, R&B, grunge, pop, and rock artist. It’s an eclectic mix. The man himself has even described his music as being ‘genre-less.’

But what about his personal life? Surely this music sensation has had his fair share of romantic encounters? As you’d expect, you’ve come to the right place for the lowdown on Post Malone girlfriend gossip.

Despite being a relatively private person, Malone has had his fair share of romances, including his most recent girlfriend, MLMA. Here we’ll take a look at MLMA’s life and career, and if you’re looking to learn about Post Malone ex-girlfriend history, keep reading as we have that too!

While their relationship hasn’t been officially confirmed, Post Malone and MLMA appear to have been a part of each other’s lives since 2020. Since this time, they have appeared on MLMA’s Instagram and TikToks, looking quite cozy and happy together!

But who exactly is this mystery person who stole Post Malone’s heart?

MLMA, which stands for Me Love Me A Lot, is an artist, rapper, and fashion designer from South Korea. She has had phenomenal success in all of these industries. In particular, her music career took off in 2018 with her hit single ‘Sweetie.’ She is also credited as being head designer at the Korean streetwear label SKOOT.

Here are some fast facts about MLMA:

As you can see, there is a lot about MLMA that we still don’t know. The Korean artist likes to play things close to the vest, despite being present on many social media platforms.

This appears to be one of the many reasons that she is so popular. Her fans know that she is true to her heart and her passion.

Her personal life is her private life, which could be why we still have no confirmation regarding Post Malone. However, it doesn’t take a lot for fans of both MLMA and Malone to connect the dots here.

So, other than MLMA, who else has Malone dated?

In 2015, Post Malone began dating music promoter, Ashlen Diaz. The two were together for three years before calling it quits in November of 2018.

The two were not over the top with their public displays of affection; however, they did write sweet social media posts about each other, usually marking birthdays.

Post Malone’s former girlfriend seems to be just as mysterious as MLMA in many ways – however, we’ve rounded up the following facts:

Although Ashlen Diaz’s main claim to fame was as Post Malone’s girlfriend, it is worth noting that his rise to fame would not necessarily have been possible at the time without her. As a music promoter, Diaz worked very hard to ensure that the world would hear her boyfriend’s music.

She publicly supported his career to a considerable degree in 2016, where the couple sat down with Charlamagne Tha God to talk about Malone’s budding career.

Once the rapper earned worldwide recognition, public interest naturally turned towards his then-girlfriend. However, as it stands, their coupling wasn’t to be.

Since their split, Ashlen Diaz seems to have stayed out of the heat of the public eye but has continued working as a Texas-based music promoter.

Despite no longer being with Post Malone, her dedicated online followers have supported Diaz and her chosen career. She still posts regularly – and appears to have moved on while living her best life!

Since Post Malone remains a relatively private person, there has been no recent news regarding his romantic relationships. It is still believed that he is currently dating Korean sensation MLMA and that the two are happy together.