What is Jamal Murray's girlfriend's name? 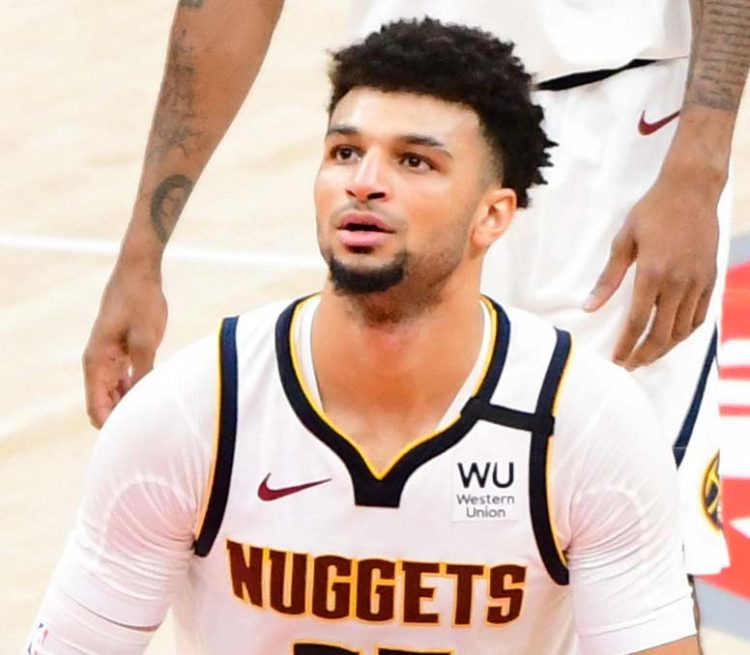 Picked 7th overall by the Denver Nuggets in the 2016 NBA draft, Jamal Murray is superstar material—although a torn ACL during an April 2021 match with Golden State ended his 2020-21 playing season.

However, while Murray dominates most competitors, his love life is strictly one-on-one. Yep, you’ve got that right. Jamal Murray is in a relationship!

So, what is Jamal Murray’s girlfriend’s name?

Maybe you’ve seen pics posted of Jamal Murray’s girlfriend on Instagram. Her name is Harper Hempel, and while she’s fond of posting many eye-catching pics of herself (her black bikini bottoms are like déjà vu!), there’s more to Hempel than just saucy selfies.

And as we found out, Hempel is even a bit mysterious.

Keep reading for all the fun facts we’ve managed to dig up on Jamal Murray’s girlfriend, including her athletic history, family pedigree, successful business ventures, and those playful nuggets on her Instagram.

In 2015, Murray played one year of freshman college ball with the NCAA champion Kentucky Wildcats—and he was legendary. But three-pointers weren’t the only thing Murray scored at the University of Kentucky…

Murray started dating Hempel when they were both students at Kentucky. While deets about how they met appear to be locked up tight in some campus vault, they were talented college athletes. So it’s easy to assume that their shared passion for sports made them click.

Hempel may not be a household name, but at the University of Kentucky, she was a televised baller in her own right. Hempel started playing for Kentucky’s Wildcats volleyball team in her sophomore year, and she rose to star player at the college level, playing Division 1 from 2015-2017.

What else is out there about Hempel?

Blonde. Check. Beautiful. Check. Although it’s easy to tell Hempel is great-looking and has honey-colored hair, she also seems to be hush-hush about what exactly gets revealed about her over the Internet. Check this out:

Okay, now you know the mystery surrounding Jamal Murray’s girlfriend’s age and the facts about her athletics, her talents, and her favorite things. As it turns out, Hempel’s family is interesting too.

Hempel’s parents are Richard and Colleen Hempel. She has one sibling (a brother named Conner), who attended Harvard and made quite the splash playing quarterback on Harvard’s football team in 2014.

Richard Hempel also has a business connection to sports. He co-founded the eCoach online platform to provide virtual coaching sessions on major American sports. His partners include many well-known, professional sports figures and coaching experts, and the business has received great publicity on websites like NBA.com and the online edition of USA Today.

Jamal Murray’s Girlfriend Has a Head for Business

Hempel earned a Bachelor’s Degree in Marketing and Digital Media at Kentucky. She’s social media savvy, and she must be familiar with the intoxicating ups and catty downs that people can endure on social media—especially since she’s Jamal Murray’s girlfriend.

According to Hempel’s Linkedin profile, she’s applied her degree and social media skills to several business ventures as a Social Media Community Manager. One company she’s worked for is named (wait for it) Fact & Fiction!

Jamal Murray’s girlfriend’s IG account is pretty popular for a woman that some people may think is “on the sidelines.” At last check, Hempel has over 78,000 followers on Insta. Her account is a fun and flirty glimpse into her workout fashions, pool party floats, travel adventures, and comfy clothing inspiration.

Naysayers and skeptics probably doubted the longevity of Murray and Hempel’s college romance when he left Kentucky after his freshman year. But the two have continued to date, and the global pandemic doesn’t seem to have negatively affected their relationship.

It must have been a challenge for Hempel, though. She went from being Jamal Murray’s girlfriend in 2019, posting fun clips about their relationship on Twitter, to March 2020, when Utah Jazz center Rudy Gobert’s positive COVID-19 test shut down the NBA season and sent players into seclusion for four months.

In July 2020, the NBA season re-emerged in a “bubble” at the Walt Disney World sports complex in Orlando, Florida. Jamal Murray proved to be triumphant in the bubble, and while Harper Hempel couldn’t be there courtside due to social distancing restrictions, here’s hoping that she cheered him on from afar and was with Murray in spirit!