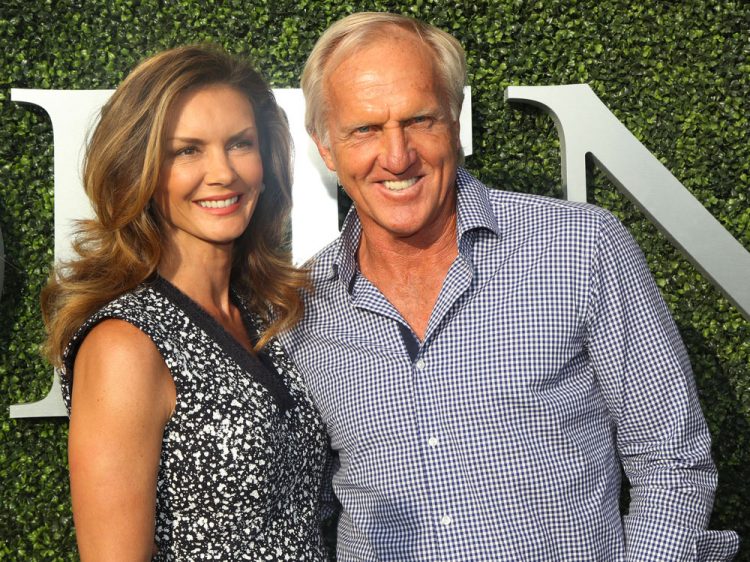 Greg Norman is nothing short of a golfing legend. Throughout the 80s and 90s, he scaled the heights of the World Golf Rankings – but that doesn’t mean interest in his private life has waned! How much do you know, for example, about Greg Norman’s wife, Kirsten Kutner?

Norman – known to millions of fans as The Shark – is now an entrepreneur and CEO, having entered the World Golf Hall of Fame back in 2001. But what of Mrs. Shark (as she’s known online)? How long have the pair been married – and wasn’t Norman married to tennis legend Chris Evert at one point?

Keep reading, and we’ll fill you in on everything you need to know about Kirsten Kutner, aka Mrs. Shark.

Who is Greg Norman Married To?

Greg Norman is married to Kirsten Kutner, and they tied the knot back in 2010. They got together shortly after both were divorced from other people – so there’s some experience, at least!

Kutner is a celebrated interior designer, courting more than 9,000 followers on Instagram at the time of writing. However, while she was born Down Under, she’s actually part Filipino and part German.

Both Norman and Kutner are big fans of traveling the globe and have owned property worldwide. As an interior designer, you’d expect someone like Kutner to have a hand in real estate – it just makes sense.

The Sharks renewed their vows after celebrating their 10th anniversary at the start of the New 20s – and they appear to be holding strong!

No – Kirsten Kutner is Norman’s third wife. He was married to Laura Andrassy for 26 years and then to tennis legend Chris Evert for just over a year. Norman and Andrassy divorced in 2007 before The Shark then divorced Evert after a short marriage two years later. It seems like he’s no stranger to whirlwind romance!

Kirsten Kutner, now Kirsten Norman, was born on May 7th, 1968. Her mother’s family is Filipino – in fact, her mother still lives in Cebu, and Kirsten even mentioned on Instagram that she felt ‘homesick’ without her mom during the height of the pandemic.

As noted, Kutner is Australian by birth, with sources claiming that she hails from Sydney. She has two daughters with Neal Kutner, a Swiss financier. The Kutners were married up until shortly before Kirsten met the Shark.

It’s worth mentioning that Norman, too, has two children, who are both adults. In fact, his son, Greg Jr, agreed to be his father’s best man at his third wedding.

Other than through her marriage to Norman, Kirsten Kutner appears to have kept much of her life out of the limelight – as much as possible, that is. She’s thought to be worth more than $700k at the time of writing, with the Normans reportedly having made money from real estate in recent times.

While Greg Norman’s wife Kirsten Kutner might keep many of her cards close to the chest, there are still plenty of interesting facts about Mrs. Shark available. Here’s the lowdown:

What’s next for Kirsten Kutner and Greg Norman? Some sources believe that the couple has sold their real estate in the US and may be moving to Australia. However, in the wild and wonderful world of celebrity, anything can happen – so keep an eye on Kutner’s Instagram at least!