Does Bobby Lee have a girlfriend? 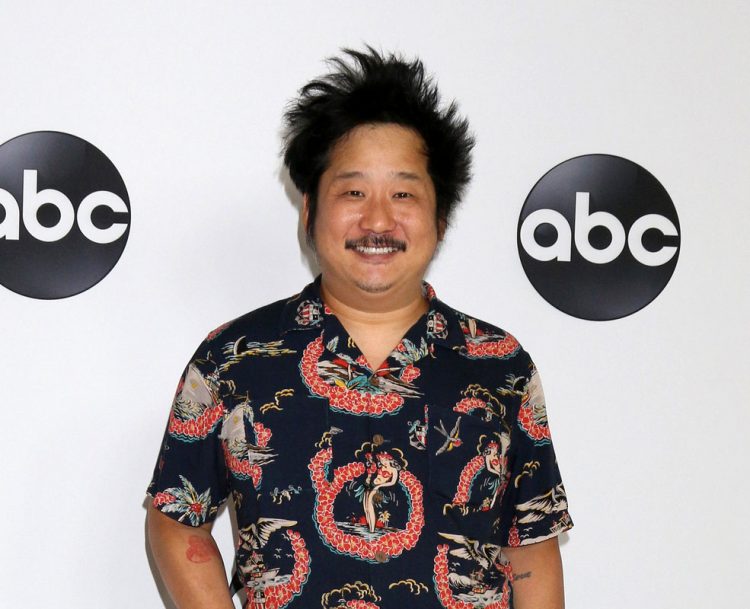 You may know Bobby Lee Jr. for being a famous comedian, actor, and podcaster.

He’s been on TV in ‘Splitting Up Together’ and ‘Reservation Dogs’ and on the silver screen in ‘Harold & Kumar Go to White Castle,’ ‘Pineapple Express,’ and ‘The Dictator.’ He is also well known as the regular host on popular podcasts’ TigerBelly’ and ‘Bad Friends.’

Aside from the success, Lee hasn’t always had it easy. He has publicly acknowledged that he has struggled with drug addiction, alcoholism, depression, and relapse. He even publicly stated that his father’s death was one of the reasons that he relapsed.

Despite the hardships, Bobby Lee has undoubtedly managed to curate an impressive career (during which he met his long-time girlfriend, Khalyla Kuhn). From the start of their relationship, the two have been very open and honest about their love, although recent events have left fans believing that the two have separated.

So, who exactly is Bobby Lee girlfriend, Khalyla Kuhn? Who else has Bobby Lee dated? Keep reading as we get you up to speed.

Fans of Bobby Lee will know that Khalyla Kuhn is Bobby Lee’s fabulous co-host on the TigerBelly podcast, of which the big success is in no small way due to her charm and passion.

Kuhn was born on October 31st, 1984, in Cebu, Philippines. She is part Filipino, part Egyptian.

Kuhn’s family moved to the United States when she was younger, where she went to high school and college. She graduated college, specialized in biochemistry, and was a microbiology, anatomy, and physiology tutor.

Kuhn later became a social media sensation, boasting approximately 300k Instagram followers (as of 2021). However, her online success has primarily been attributed by critics to her affiliation with Bobby Lee.

In fact, due to their age difference and difference in success, many have accused her of marrying Bobby Lee purely for his fame and fortune. Kuhn has repeatedly denied these claims, and there is no denying that she has done her fair share of work for their mutual success!

Aside from being an online sensation, Kuhn is also a big MMA fan, tattoo lover, health/fitness enthusiast, and animal lover (having adopted multiple endangered dogs and cats and frequently promoting animal adoption online).

From everything we know, one can only assume that Khalyla Kuhn is an intelligent, driven, and loving woman. It’s no wonder that Bobby Lee fell for her!

When did Bobby Lee and Khalyla Kuhn start dating?

According to the two love birds, Bobby Lee and girlfriend Khalyla Kuhn met on Tinder in 2013 and began dating shortly after.

It is primarily believed that in 2016, the pair got married in New York (although they never publicly announced it).

Following their supposed wedding, Kuhn began hosting the ever-popular podcast ‘TigerBelly’ with her husband. On the podcast, the two talk about everything from pop culture to political issues. The podcast is released every Thursday on YouTube and via all major podcast apps.

In 2021, rumors began to spread that the two had separated, although there has been no specific evidence of their separation. Unfortunately, that’s currently all we have to report on the subject as there’s no new information available regarding their relationship.

The two were once in a serious relationship and even living together before calling it quits. That said, it would appear that the two remain friends as Sarah Hyland has since appeared on both Bobby Lee’s YouTube series, ‘Bobby Lee: Talking,’ and the ‘TigerBelly’ podcast.

For those interested, Sarah Hyland was born in Louisville, Kentucky. After leaving school to pursue comedy, she was hired to be a series regular on MTV’s ‘Punk’d’ and Fox’s ‘MADtv.’ She now continues to perform stand-up comedy gigs in Los Angeles, including regular stints at the World Famous Comedy Store.

There is no doubt that Sarah Hyland is one hilarious person, and we can’t wait to see where her career leads next!

While some fans believe that the comedian is still happily married to his long-time love Khalyla Kuhn, others believe that the two have separated. One thing that is for sure is that Bobby Lee has not been spotted or even rumored to be with anyone else.

So, what do you think? Do you think Bobby Lee and Khalyla Kuhn have called it quits, or do you think the two are just keeping their private lives private?

Either way, we hope that the two are doing well and have plenty of new content for their fans coming out soon.